Since Mama Hen abandoned her chicks when they were 10 weeks, the big girls have been free ranging together in their own little cliquey bunch, leaving the chicks to free range on their own. The chicks would be relatively close to the big girls but  if they got too close, Hannah Hen and / or Helen Hen would chase the chicks away with a few well aimed pecks. 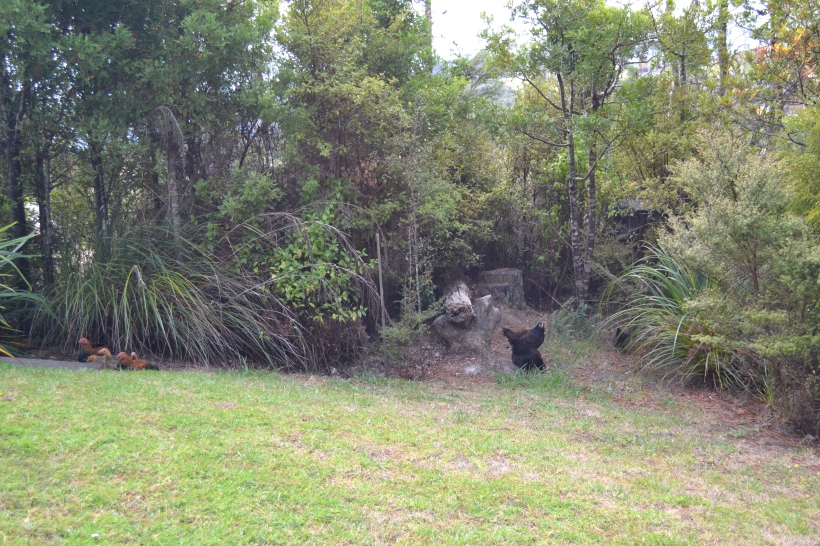 This is about as close as the chicks were allowed and I did wonder if the big girls would ever let them become part of their gang.

Then one day I noticed the chicks were allowed a little closer. Were they really being allowed to roam with the big girls? Notice that they are as far away from Helen as they can be. (She is on the left of the photo.) 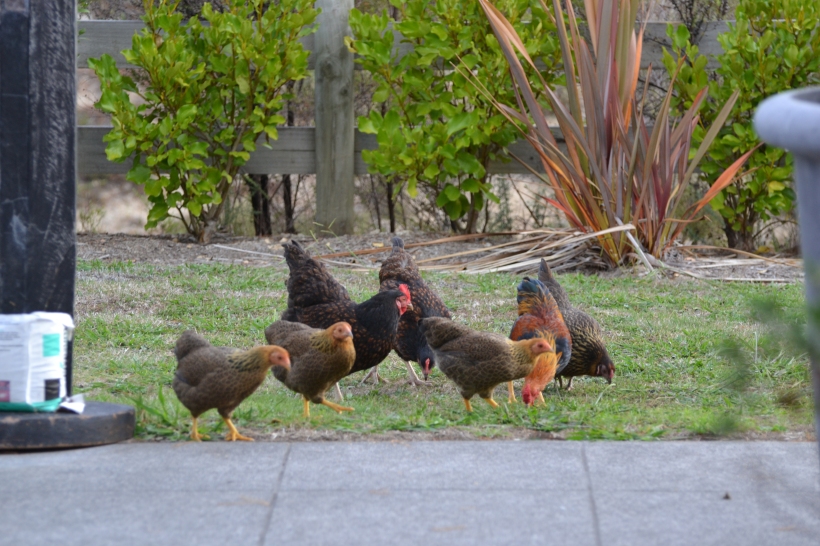 Then a few nights ago, the teenagers were allowed to peck in the same spot after I had thrown down some treats. 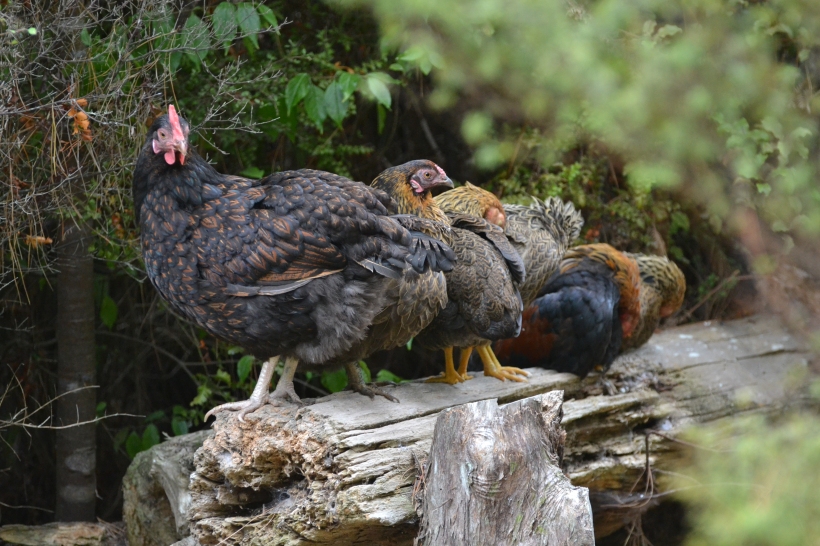 I think the teenagers have finally been accepted. They are allowed to sit on the preening log to preen with the big girls! They have done it.

Now what will it take to get them to all sleep in the same coop.

9 thoughts on “Two broods become one”